Inpatient drug rehab centers offer programs that are considered short term, which generally last five to seven days. Long-term programs are those that usually last between 60 and 90 days. The average program length is 28 days. An initial assessment and evaluation is usually done when entering an inpatient rehab facility. At this stage, the patient’s personality, medical history and objectives are examined to identify any mental health problems that might be present. These steps are in place to ensure that no additional health issues interfere with treatment and that the patient can be stabilized through a detox program. Most of the short-term facilities only perform these initial steps of treatment on an inpatient basis, while the rest of treatment is performed on an outpatient basis. Until the patient is physically stable, no rehabilitation can truly commence; because of this, a complete detoxification process, which can take between three and 14 days, is undertaken before the patient starts any other step in a residential drug rehabilitation center. Most inpatient drug rehab centers are based on the well-known Alcoholics Anonymous 12-step program, although there are other choices available for those seeking an alternative. The traditional 12 steps are as follows: 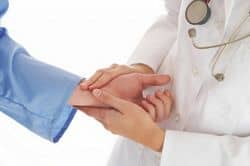 The 12 steps are used both in drug and alcohol rehabilitation centers and have been proven successful in the treatment of either addiction, even when they occur together in an individual. There are serious risks associated with both addictions. Some of the risks of long-term use of drugs or alcohol are as follows:

This is by no means an exhaustive list. Depending on the severity of the addiction and the substance abused, addiction to drugs and/or alcohol can cause a coma and even death.

Did you know that according to SAMHSA, of the 23.5 million people aged 12 years of age or older seeking treatment for drug and/or alcohol abuse, only 2.6 million received treatment at a specialty inpatient drug rehabilitation center?

Inpatient drug rehabilitation centers are available to treat a large variety of substance abuse and can be gender-specific. Some substances are more addictive and dangerous than others, and combining drugs with alcohol can cause disastrous effects for an addict’s health, work and home life. Some of the substances susceptible to being abused are the following:

An addict can be described as someone who cannot control his or her behavior with a substance to the degree that the cravings for that substance can lead that person to do things completely out of his or her character. Some have been known to steal, lie and even prostitute themselves just to be able to obtain the next dose. If you know of anyone exhibiting this type of behavior, or if you recognize this behavior in yourself, you can reach us at 1-888-968-9816 Who Answers? . We can help advise you on the next step and offer options for your journey to sobriety. A lot of programs contain activities that not only help you recover faster but also help cultivate health and balance in your life. Besides group and individual therapies, there are lectures, exercise, yoga and tai chi, as well as music and art therapies.

Recovery Is Possible.
Call now to speak with a specialist about our treatment options.
1-888-968-9816 Who Answers?
Choose from types of addiction

How Our Helpline Works

For those seeking addiction treatment for themselves or a loved one, the Centers.org helpline is a private and convenient solution.

Calls to any general helpline (non-facility specific 1-8XX numbers) for your visit will be answered by American Addiction Centers (AAC).

We are standing by 24/7 to discuss your treatment options. Our representatives work solely for AAC and will discuss whether an AAC facility may be an option for you.

Our helpline is offered at no cost to you and with no obligation to enter into treatment. Neither Centers.org nor AAC receives any commission or other fee that is dependent upon which treatment provider a visitor may ultimately choose.

For more information on AAC’s commitment to ethical marketing and treatment practices, or to learn more about how to select a treatment provider, visit our About AAC page.

If you wish to explore additional treatment options or connect with a specific rehab center, you can browse top-rated listings, or visit SAMHSA.